Earn High Scores on the LSAT!

My name is John Wilson Booth. Not too long ago, I was where you are today — panicking about the LSAT while I prepared to apply to law schools. But after months of studying, I raised my LSAT score from a 154 to a 171. The information on this website is what helped me reach that score, and it can help you do the same. Learn from what I know, learn from my mistakes, and learn how to ace the LSAT test. Let’s get started!

Achieve Your LSAT Score Goals with My Help

Studying for the LSAT is an overwhelming process, but the more you learn about the exam and how to study for it before you start, the better off you’ll be. Studying the right way will save you time and money. It will also help you score higher than you’d ever imagine. I’ll cover all the basic information about the LSAT, discuss specific ways to study for the LSAT, and recommend the best LSAT prep courses to help you along the way. When you use the information on this site, you too will reach your goal score and get into the law school of your dreams. 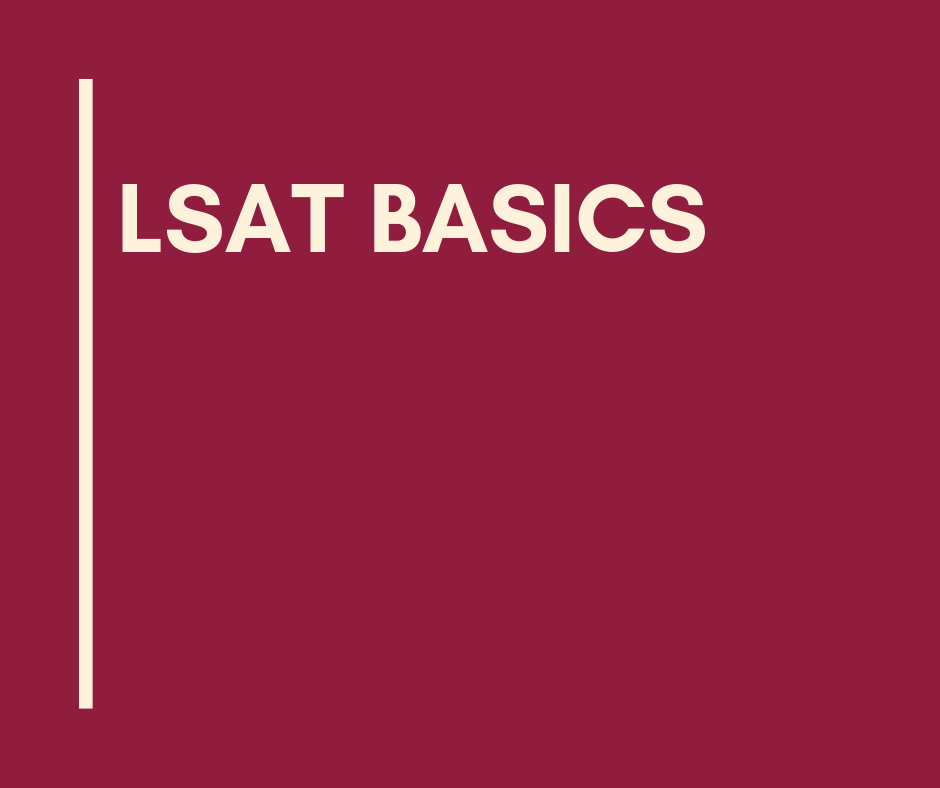 Step 1: Learn the Basics about the LSAT 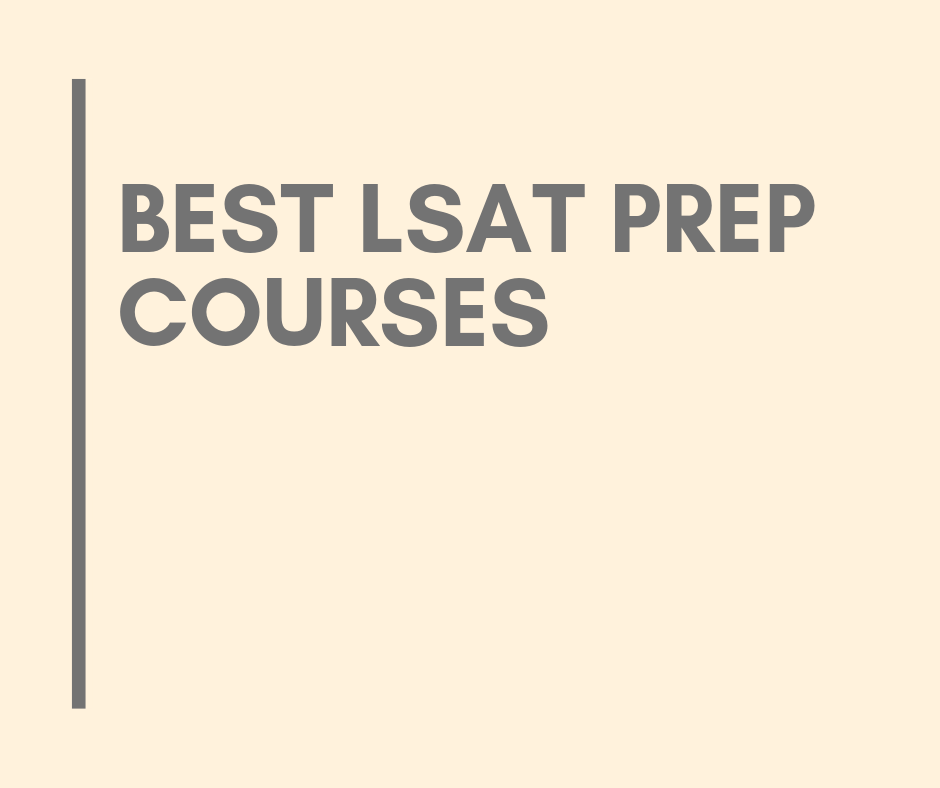 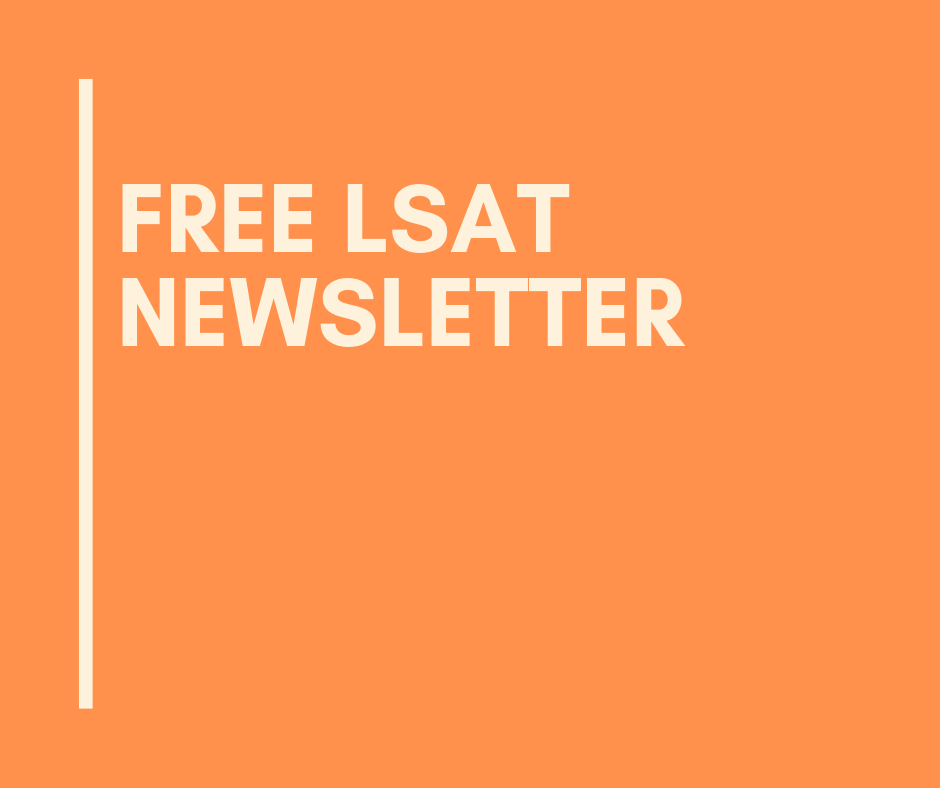 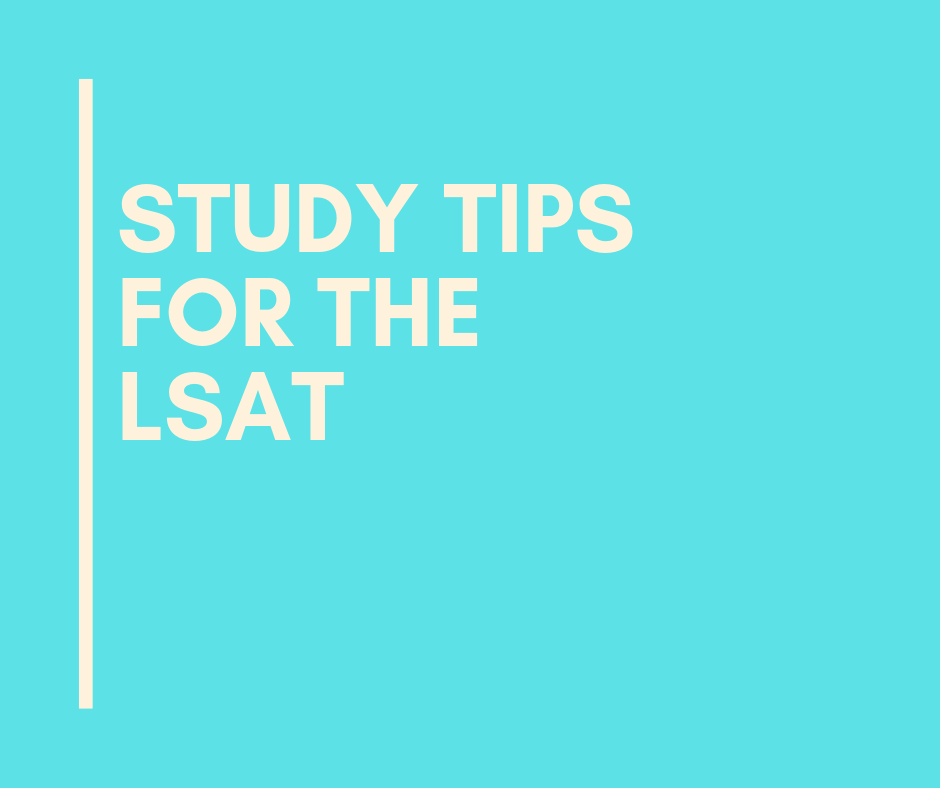 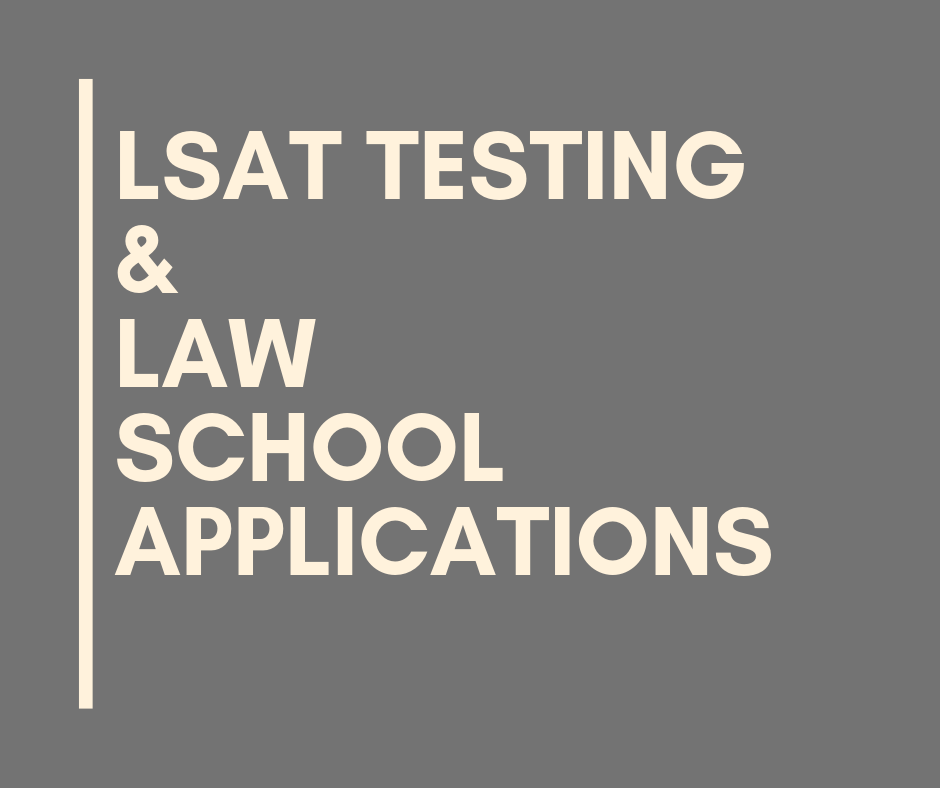 Get Answers to All Your LSAT Questions!

I have all the LSAT information you need. So, you can find answers to the most popular LSAT questions right here!

What Is the LSAT?

LSAT stands for Law School Admissions Test.  Law schools use this standardized test to screen applicants. As of the summer of 2019, applicants will take this test consisting of 5 multiple-choice sections on a digital tablet.

Who Has to Take the LSAT?

Students who wanted to attend an American Bar Association-accredited law school used to be required to take the LSAT. So, taking this test was a must for getting into a half-decent law school, until recently. Now, some law schools offer applicants the option of taking the GRE and even the GMAT score for admissions.

Therefore, if acceptance into one of these schools is your goal, then technically, taking the LSAT is no longer a must. However, you will come out way ahead by taking the LSAT instead of the GRE or the GMAT. Let me tell you why.

Why Take the LSAT?

Prestige is the name of the game in law schools and the practice of law overall. Law schools are very concerned with the performance of their graduates in the workforce. How well their professors are regarded as academics is very important as well. But ultimately, the main focus of law schools is their ranking in the U.S. News & World Report (USNWR).

Even if you’ve never heard of it, the USNWR will influence your law school attendance. The USNWR is a magazine and website that issues annual rankings of the top law schools in America. These rankings determine the Michelin Star restaurants or Olympic gold medalists of law schools. So, each law school makes it a priority to maintain or improve their USNWR ranking.

Therefore, because of the influence on rankings, good LSAT scores rather than good GRE or GMAT scores will be more likely to get you into a respectable law school. Therefore, studying for and taking the LSAT is still ideal for everyone applying to law schools.

What Sections Are on the LSAT?

Let me start by saying what is not on the LSAT. Contrary to popular belief, there is nothing about law, current events, public policy, or political science on this test.

The LSAT is a logic-based test, not a knowledge-based test. To succeed on the LSAT, you have to know how to think. The test assesses your logic skills instead of your specific knowledge.

There are 5 sections on the LSAT. And, each of these sections falls into one of 3 categories: Logical Reasoning, Analytical Reasons (Logic Games), and Reading Comprehension.

To be more specific, the LSAT contains at least 2 Logical Reasoning sections, 1 Analytical Reasoning section, and 1 Reading Comprehension section. You must also complete one experimental section that will be another of the 3 types mentioned and won’t affect your score.

How Much Does the LSAT Cost?

The cost of LSAT registration is $190, and you can register online at lsac.org.

Remember to not only consider the registration cost but also the cost to prepare. If your confidence is high, you can study cheaply on your own. However, you will likely be more successful using an LSAT prep course. Be prepared to spend between $139 to $1,399 for a high-quality LSAT course. But know that reaching your desired score quickly and with fewer retake fees will require quality resources.

What Is a Good LSAT Score?

The Law School Admissions Council (LSAC) uses a scale of 120 – 180 for the LSAT. So, a perfect score is 180, while 120 is the worst you can do. Scores approximately follow a bell curve to correlate with percentiles. There is no pass or fail: you simply compare your score to those of other tester takers and your desired law schools.

For this reason, a good LSAT score is totally subjective and dependent on several factors.

So, I believe that a good LSAT score consists of 2 qualities: the comparison to your own diagnostic score and to the law school to which you apply.

Your diagnostic score is the score you got before you ever began to study: the baseline measure of your natural aptitude for taking the LSAT. My diagnostic score was at 154, which is around the 70th percentile.

But you can learn to get a better score on the LSAT. With time and good direction, anyone can immensely improve their diagnostic score. If you ask me, anything less than a 10-point jump in your diagnostic score means you weren’t trying hard enough (or you had a very high score to start).

So, as I see it, if you score 10 points over your diagnostic score, that’s good. For example, 161 is a good score for you if your score was 151 before you studied.

Of greater significance is where your score compares with the schools you’re interested in. Those comparisons will mean your score is “good” some places and “very bad” other places.

Here’s an example from the University of Iowa Law School (UILS). A 165 is above UILS’ 75th percentile on the LSAT, so they considered 165 a good score. Therefore, an applicant with a decent GPA and a 165 can assume admission and possibly a substantial scholarship to UILS.

Unfortunately, a 165 can’t get you even close to Harvard. At Harvard, a 165 is a bad LSAT score below the 25th percentile; probably the lowest score in the class.

What Is a Bad LSAT Score?

Obviously, defining a good LSAT score is tricky. However, I will draw some conclusions. After an extended period of immersing yourself in study, if the 130s or 140s are the best you can do, then reconsider. These are bad scores, so law school may not be for you. The problem may lie in your study methods, or that law just isn’t your best career choice.

Yet, if you get into a law school with a score in the 130s or even mid-140s, do your research. Investigate the school’s rate of graduates who pass the bar and their statistics for employment in the field of law. Getting a job is a necessity for paying off hundreds of thousands of dollars in college debt.

Why Are Good LSAT Scores Important?

Plain and simple, high LSAT scores are critical for increasing your chances of having a successful law career. The LSAT wields that much power, but why?

Maybe you have no desire to attend a top law school. That’s fine, but having options is always in your best interest. Options allow you to choose the best place for you no matter what you’re looking for.

You need to keep in mind what happens after you graduate. High-paying firms, government work, or whatever you seek will be much easier to attain if you have the backing (and I mean diploma) of a higher ranked law school. So, if you want a career in the law field, a higher ranked school will almost always expedite your success.

Second, and just as important, higher LSAT scores will likely draw monetary scholarships from law school you are accepted into. And in a highly saturated career field, starting out with minimal debt is critical.

Yes, using the right LSAT prep course can give you an enormous advantage.

As you have seen, the cost for a course can be great, but the rewards can be much greater. If you learn better in a classroom setting or have difficulty learning on your own, invest in an LSAT prep course; you won’t regret it. Many LSAT prep options offer live, in-person courses, and the investment will far out weigh the cost.

Furthermore, if your diagnostic score was low, you can see vast improvements by enrolling in online or in-person LSAT prep courses. A qualified instructor can help you better understand the test and increase your score. If your diagnostic score was in between the 120s and the 140s, then an experienced online instructor will share what they have learned and help you improve your score.

Last of all, if for some reason, you need to raise your LSAT score quickly (which isn’t usually the case) an LSAT prep course can help you do that.

When Should I Retake the LSAT?

Yes, retaking the LSAT is usually a great idea, with almost no exceptions.

Obviously, one great reason to retake is to be more prepared. If you weren’t as prepared as you could have been, study more and try again. It makes sense to simply change what you can and try to better yourself (and your score).

Another reason to retake is to correct simple mistakes that cost points. Practice scores that are considerably higher than actual test scores can indicate mistakes. Or it is possible that nerves got in the way of a better score. Whatever the reason for a low score, mistakes or nerves, retaking the LSAT will give you more time to study and improve, which should equal a higher score.

The last reason to keep retaking the LSAT is to wait until you plateau. By that I mean, if you see that your test scores are continuing to improve up to the test date, keep going. Take the test, keep studying, and do it again. Why stop when you’re on a roll? Just see how high your score can get.

If law schools care so much (and I mentioned that they do) about how well you do on the LSAT, then try to do your best. Schools simply look at your highest score, not your average. Therefore, it is undeniably to your advantage to take the LSAT many times.

So, retake? Yes. When? After studying more.

How Do I Start the LSAT Process?

As you can see, the LSAT is a relatively simple test that is extremely essential for anyone wanting to get into law school. So, prepare to score well on the LSAT by purchasing an LSAT prep course, studying super hard, and utilizing our online resources. Then, let your LSAT scores open the doors to a better life.