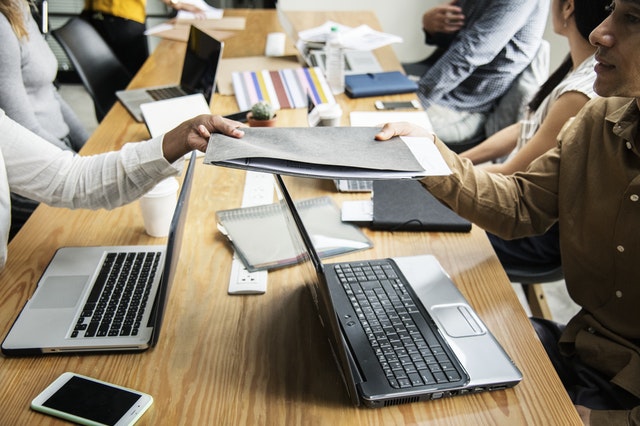 If you want to pursue a career in law, the LSAT will be the most important test you ever take (No pressure.) So, you’re probably wondering, “Should I take an LSAT prep course?” I’ll answer that question by covering the reasons to use an LSAT prep course.

One way to understand the LSAT is by comparing it to other entrance exams, like the ACT or SAT. These tests were also quite important. They provided you with the opportunity to go to college. And, they may have even lessened the financial burden of college tuition.

But the ACT and SAT don’t carry as much weight as the LSAT. And, this is just one of several reasons why you should use an LSAT prep course. I’ll explain this reason and the rest now.

Reasons to Use an LSAT Prep Course

1. Because the LSAT Is the Most Important Part of Your Law School Application

For college admittance, schools look at your GPA and ACT/SAT score, but they also strongly consider other factors in your application such as extracurricular activities, sports, etc. High school students with 4.0 GPAs and 99th percentile ACT scores will probably get accepted at good schools, but many are still being denied because they lack “community involvement” or something of the sorts.

Law schools, on the other hand, make their admissions decisions almost entirely based upon the applicant’s GPA and LSAT score. Students with 4.0 undergrad GPAs and 99th percentile LSAT scores will almost certainly (barring unreasonable circumstances) be admitted to nearly every school in the country and will receive significant scholarship offers even from top schools.

If you’re reading this as a college senior or even a college graduate, it’s too late to change your GPA. But you still can get a great LSAT score, so I STRONGLY encourage you to adequately prepare. This means that yes, it is worth it to purchase an LSAT prep course.

2. Because Where You Go to Law School Is Vastly Important

Absolutely not. The value of your law school degree is directly tied to the school you attend, and therefore some law degrees are worth much more than others.

Law school graduates have several different employment outcomes, all of which are influenced by the school that they attend. Students who perform at the top of their class, or who attend prestigious law schools, have the opportunity to work for federal judges after graduation. These positions are called judicial clerkships, and they are hugely beneficial, not only for your legal resume but also as a learning experience in general.

Vanderbilt Law School, a top-14 school, had 18 graduates accept federal clerkship positions after graduating in 2017. Belmont Law School, which is the other law school in Nashville, had 0.

Jobs at large law firms are another highly sought after position for law school graduates, who refer to these jobs as “Big Law.” Big Law jobs pay significantly higher salaries (starting in the low six figures and going up to nearly $200,000), gain employees valuable work experience, and help you build a strong legal resume.

Duke Law School, another top-14 school, had 121 graduates employed at law firms with over 500 attorneys in 2017. UNC-Chapel Hill, which is just down the road from Duke, sent just 37 graduates to such firms in 2017.

Top Law Schools Prepare You for the BAR

The University of Alabama Law school, which is ranked somewhere around 25th, had a bar passage rate of 90% in 2018. Additionally, 84% of their graduates received jobs requiring a law degree. However, Cumberland School of Law, the only other law school in Alabama, had a bar passage rate of 80% (which is much higher than in recent years). Consequently, only 55% of their graduates got J.D.-requiring jobs.

These are just a few of the ways in which your law degree instantly affects your legal career. Need more proof? Just look at where recent Supreme Court justices went to school. Or look at where the professors at your dream school went.

3. Because Law School Is Expensive

Now that you know that the LSAT is the most important part of your law school application and that where you go to law school is one of the most determining factors in your legal career, let’s talk about the elephant in the room.

Tuition for 3 years will cost between 75 and 180 thousand dollars (six zeroes). Living frugally, students can expect their cost of living to be around $15 thousand per year, so we’ll call it $50 thousand over three years. Then throw in the cost of books, material, and the copious amounts of alcohol you’ll be consuming to deal with stress, and over three years you’re adding more thousands.

It doesn’t stop there, though. If you’re financing your legal education through student loans, the cost of your law school has to include interest. In the end, the total cost of attending law school can range from $150,000 to $300,000 if you’re debt financing.

That is an incredibly significant financial burden. So, now that you’re panicking, what does that have to do with the LSAT? Two things.

4. Because Performing Well on the LSAT Could Save You Money

First and foremost, doing well on LSAT can significantly reduce or even eliminate the cost of tuition for attending law school. For example, my GPA was below The University of Alabama’s median, but my LSAT was above their 75th percentile. They offered me a full-tuition scholarship.

And my case is not out of the ordinary.  It’s true that many law schools offer significant scholarship opportunities for competitive applicants, and some schools even offer cost of living stipends. Since your GPA is already basically determined by the time you’re applying to law schools, the LSAT is the most controllable aspect of your competitiveness for these scholarships.

If you have an acceptable GPA, and you crush the LSAT, you can go to law school without paying for tuition. Because this is such a valuable incentive to study for the LSAT, the popular LSAT podcast Thinking LSAT made their motto “Don’t pay for law school.”

5. Because Performing Well on the LSAT Helps You to Find a Well-Paying Job

The difference in those salaries can be the difference between manageable student loans, and crippling debt. So you see now that your LSAT score can get you into a law school that will enable you to make more money.

LSAT prep can be expensive (though we have a cheap LSAT study plan that cost less than $200), but this investment will pay massive dividends for the rest of your life. So, learn about your best LSAT prep course options to find the course that will work best for you. Then, study as hard as you can for this test. I promise you will not regret it.

Finally, sign up for my LSAT newsletter to get great information and free advice!